Thin film measurements for a wide variety of films

Multi-Wavelength Ellipsometry can also be used for thin film measurement of multilayer film stacks (in some cases up to 5 layers), depending on the thicknesses and indices of refraction of the layers. Simulations can be performed in the Film Sense software to determine if a particular sample structure is possible. For some samples, surface roughness and index gradients in the film can also be characterized.

Send Us Your Samples

As thin film measurement applications are so varied and diverse, the best way to determine if a Film Sense Multi-Wavelength Ellipsometer is right for your application is to perform demonstration measurements on your actual samples. Please contact us to discuss your application, and arrange for sample measurements.

Send Us Your Samples

As thin film measurement applications are so varied and diverse, the best way to determine if a Film Sense Multi-Wavelength Ellipsometer is right for your application is to perform demonstration measurements on your actual samples. Please contact us to discuss your application, and arrange for sample measurements.

The typical Film Sense ellipsometer thin film measurement Accuracy and Precision for a variety of samples, including a multi‐layer sample, is shown in the table below. For more details on the testing methodology, contact Film Sense and request our “FS‐1 Performance” white paper.

Click the Sample Type in the chart below to view examples:

“The system (FS-XY150) is great and we are having an increase of users using it. I am happy with the system and I direct users to use it when I am training them on our ALD deposition system. It gives great results and the customer support is quick and helpful too.” 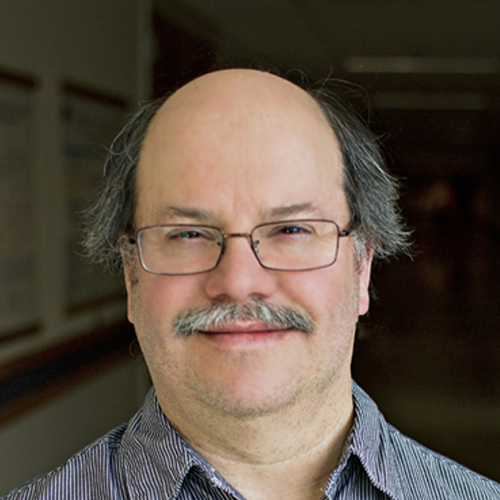 Film Sense Ellipsometers have been installed for in situ thin film measurements on many different ALD reactors, including custom designs, commercial reactors, and on the applications below.

“These FS-1 ellipsometers are one of the best upgrades to our atomic layer processing reactors, and have now become an integral part of all our experiments on ALD and ALE.”

Click here to learn more about how Colorado School of Mines
is using Film Sense Ellipsometers as part of their research. 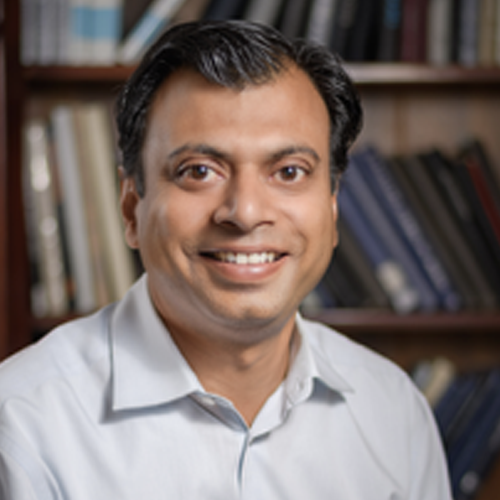 “The Film Sense FS-1 in situ ellipsometer has greatly facilitated data acquisition and understanding of the thin film deposition processes in our lab. The instrument was relatively easy to incorporate onto a vacuum chamber, and includes a user-friendly manual and tutorial to explain basic operation. With this tool, we are able to collect much more information during a deposition, including measurements between ALD half-cycles that are not feasible with ex situ techniques. These ellipsometers have become an integral part of our laboratory research, and we look forward to continuing to work with Film Sense in the future.” 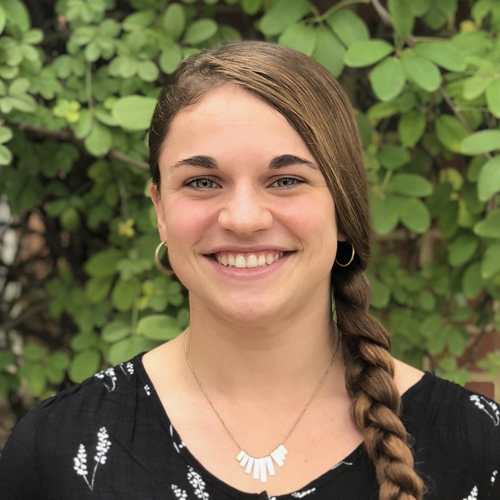 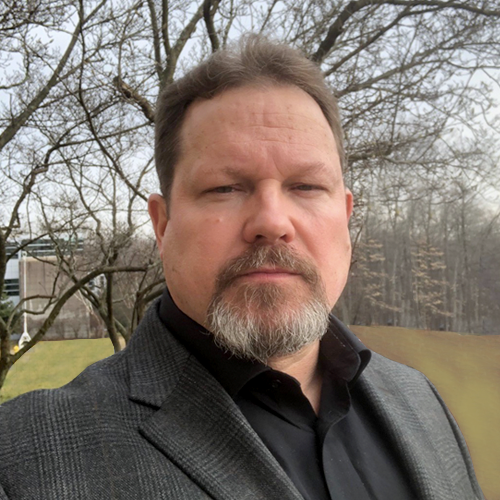 “The Film Sense FS-1 is a powerful and reliable tool for in-situ characterization of ALD films. The real-time dynamic thickness measurements were critical to understanding the growth characteristics of multicomponent oxides, such as lead zirconate-titanate (PZT), which I studied for my dissertation research through the University of Maryland. The in-situ thickness data I collected with the FS-1 allowed me to screen precursors much more quickly than if I had to rely on ex-situ characterization methods. I continuously used the FS-1 for over five years and haven’t experienced any downtime other than during occasional realignments when switching from ex-situ to in-situ measurement modes. The FS-1 would make a valuable addition to any laboratory looking to enhance their nondestructive thin-film thickness measurement capability.” 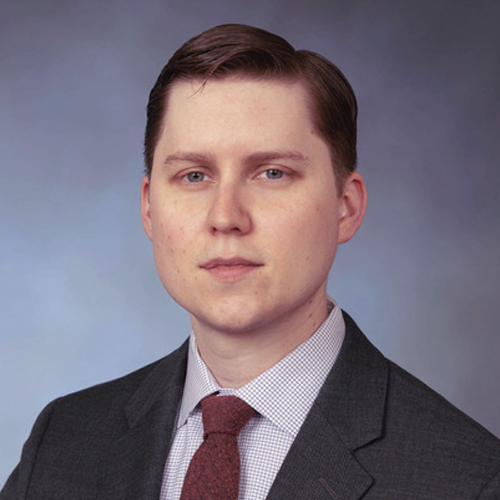 “To summarize our nearly 5-year ownership experience of the FS-1 tool, all I can say, it’s most probably by far the highest performance/cost tool I have ever acquired in my independent research career. Besides the tool itself, as an ellipsometry expert, Film Sense has been very responsive to our data analysis/fit inquiries and saved us valuable research time by sharing his expertise. We are looking forward to getting their latest generation system with additional features that we can integrate for good on either of the reactors. Right now, our single FS-1 tool is going back-and-forth between thermal and plasma reactor based on our needs.”

Click here to learn more about how University of Connecticut
is using Film Sense Ellipsometers as part of their research.. 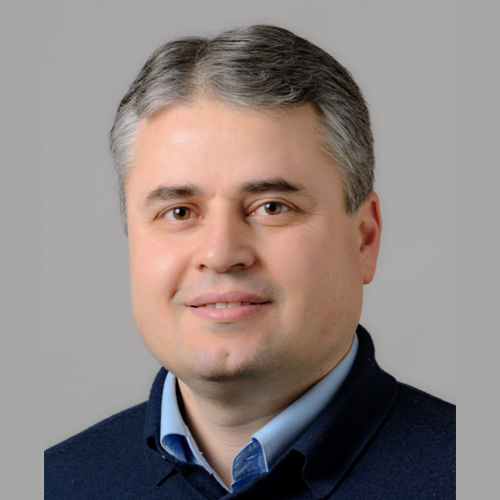 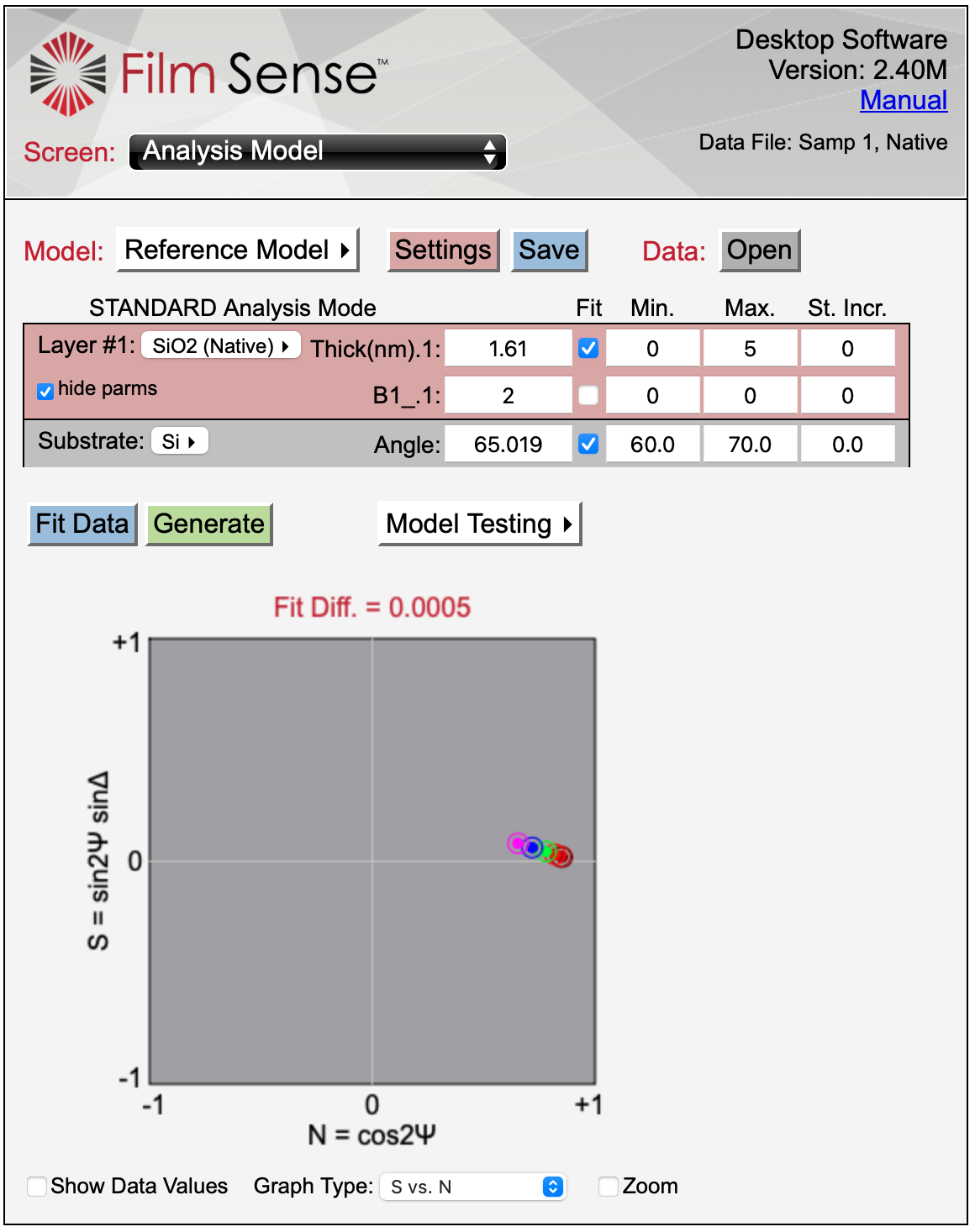 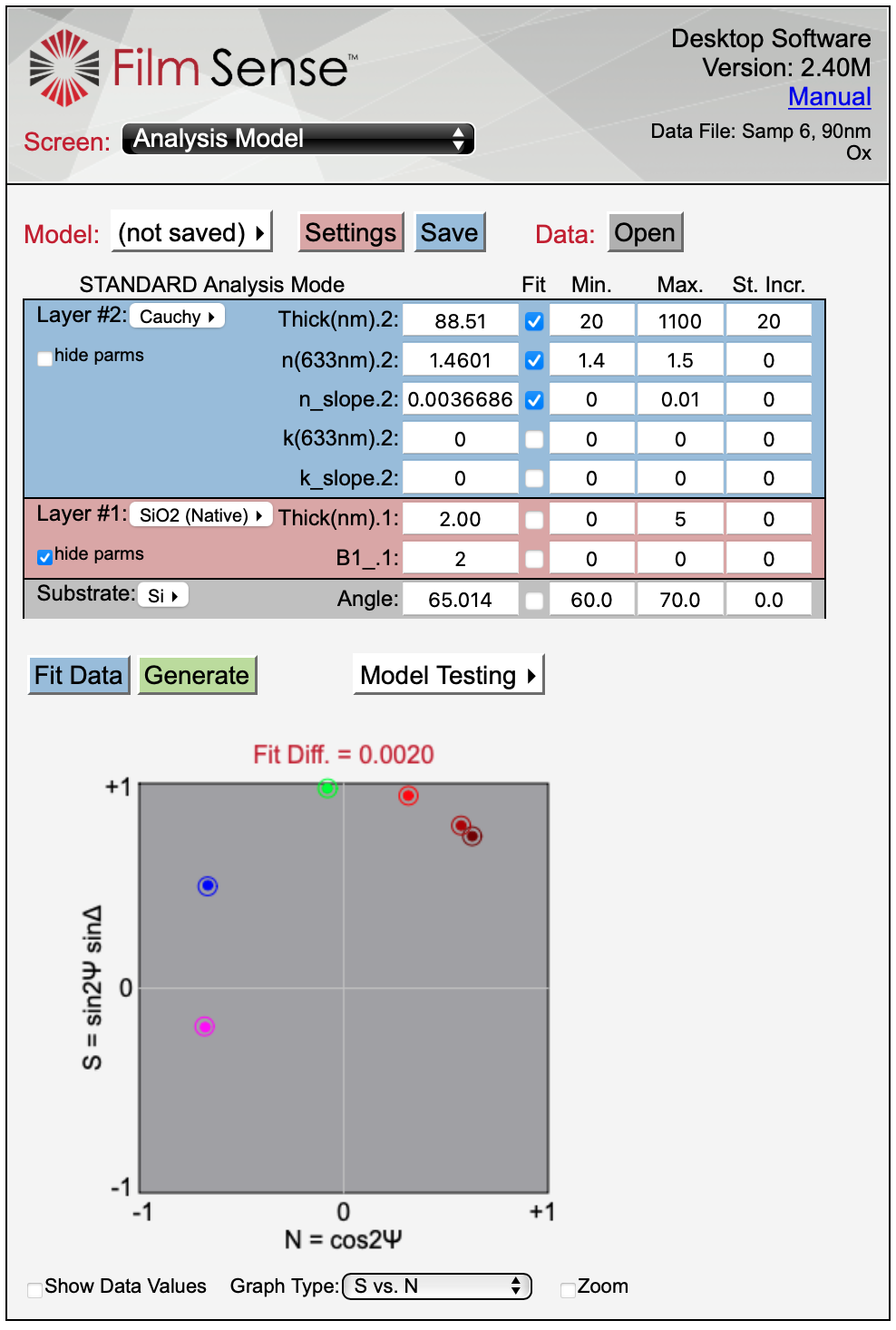 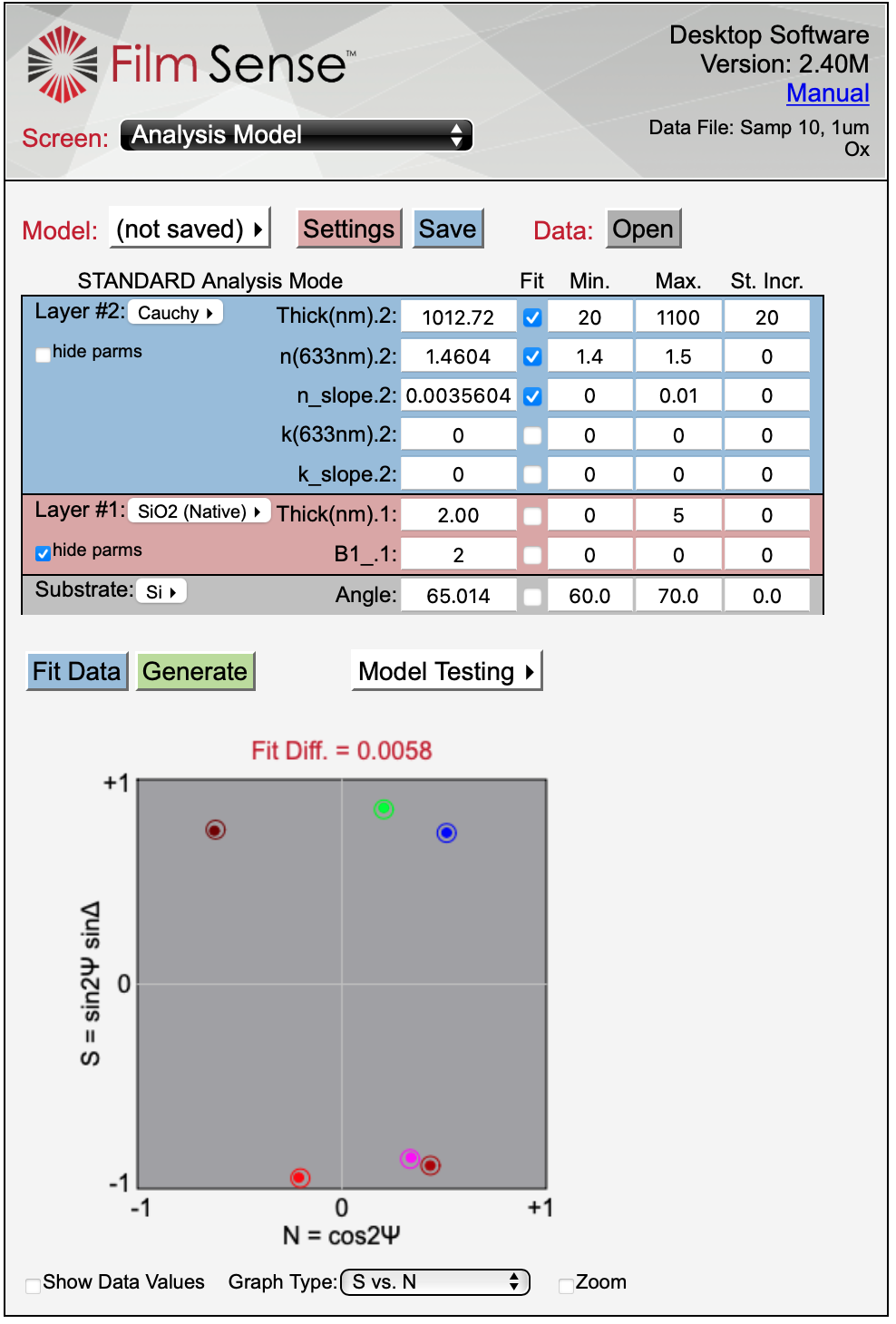 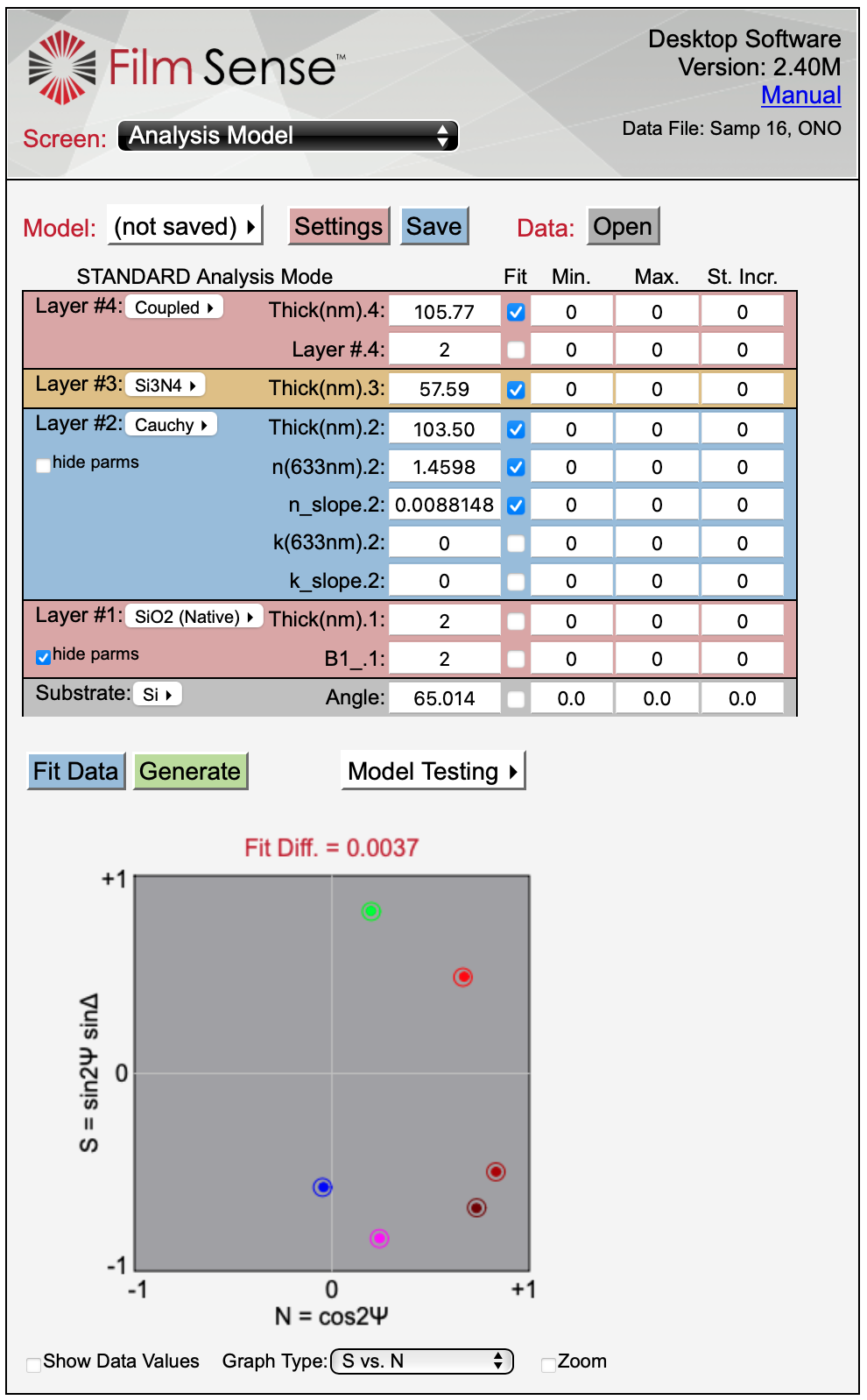 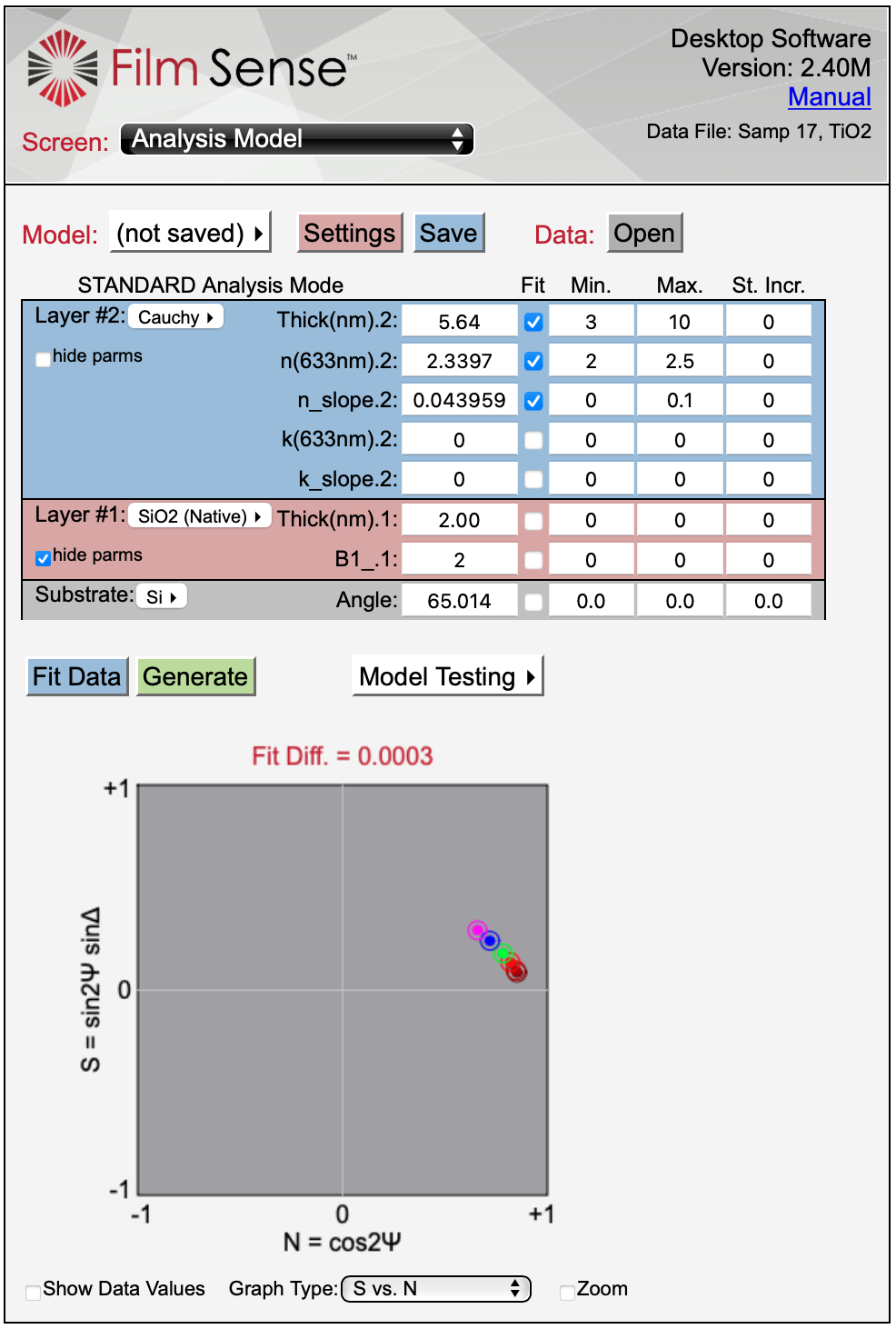 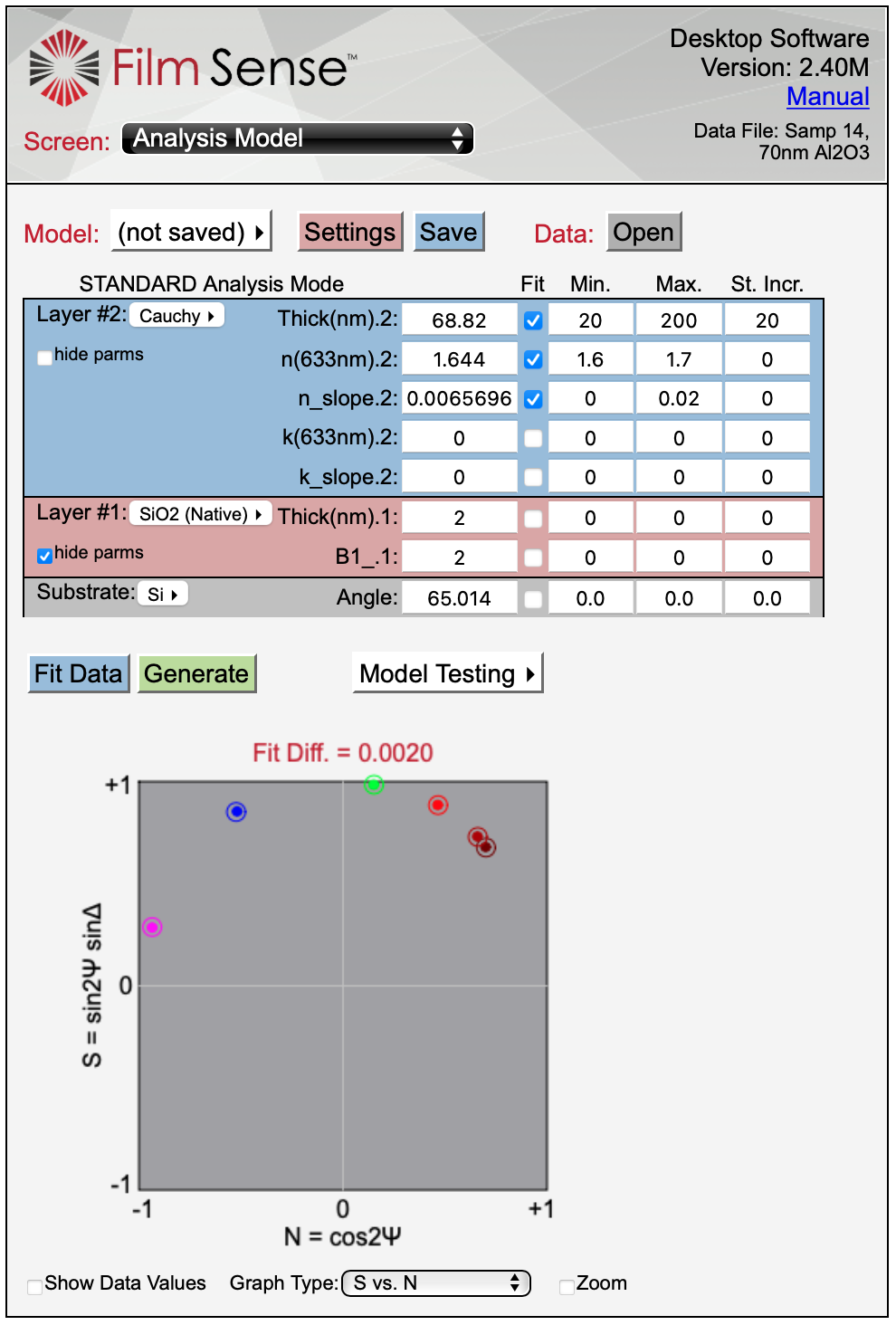 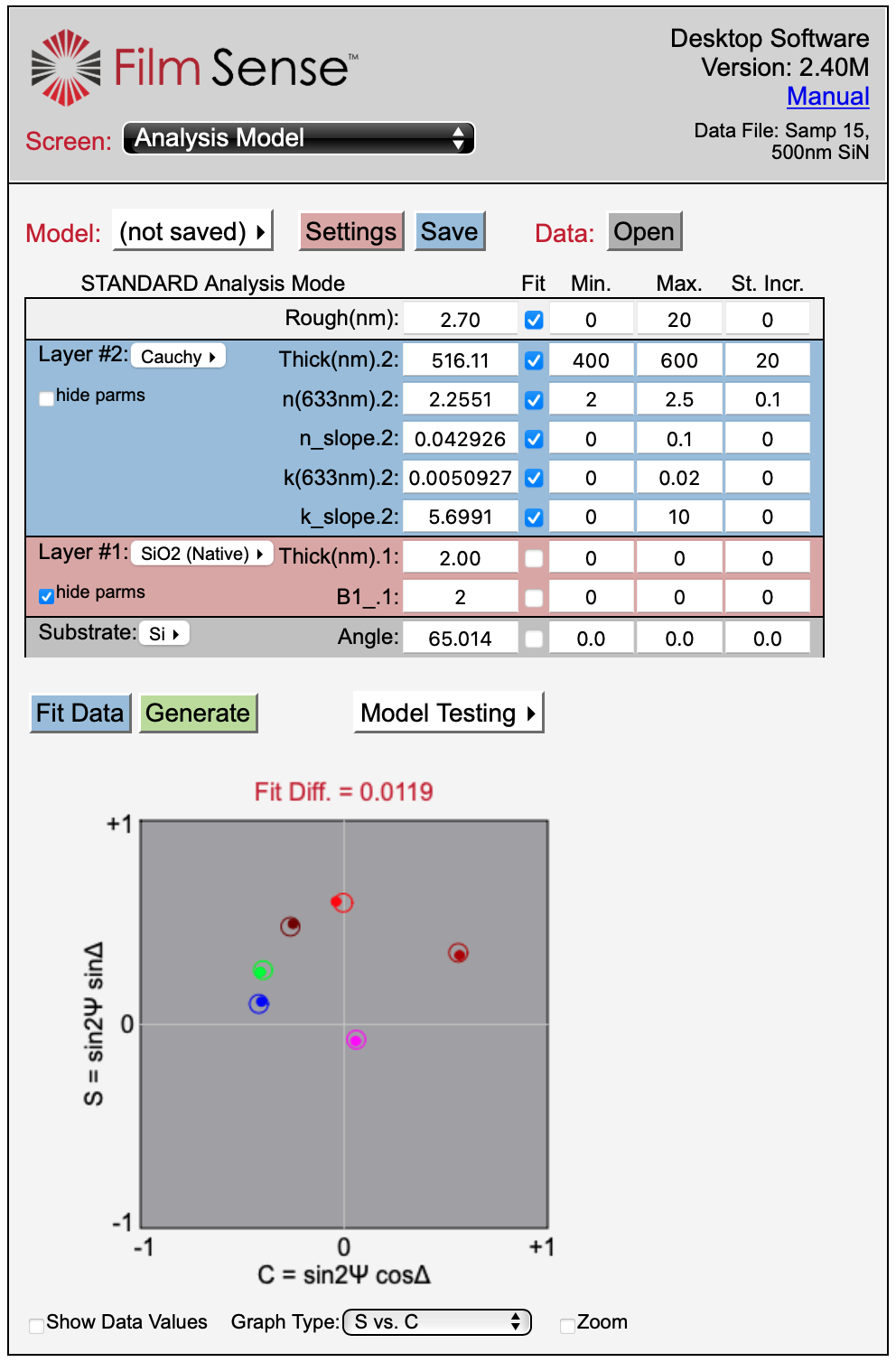 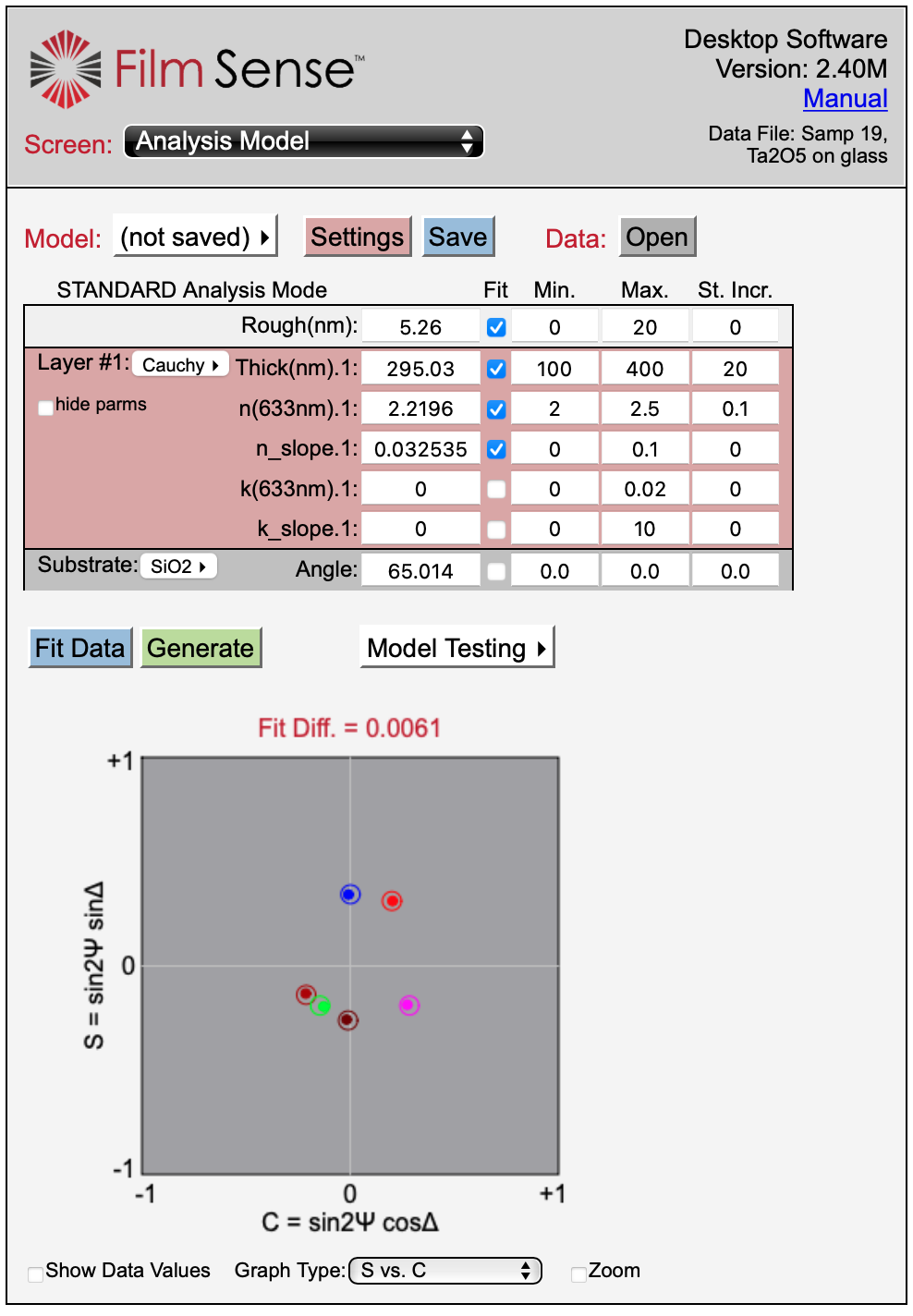 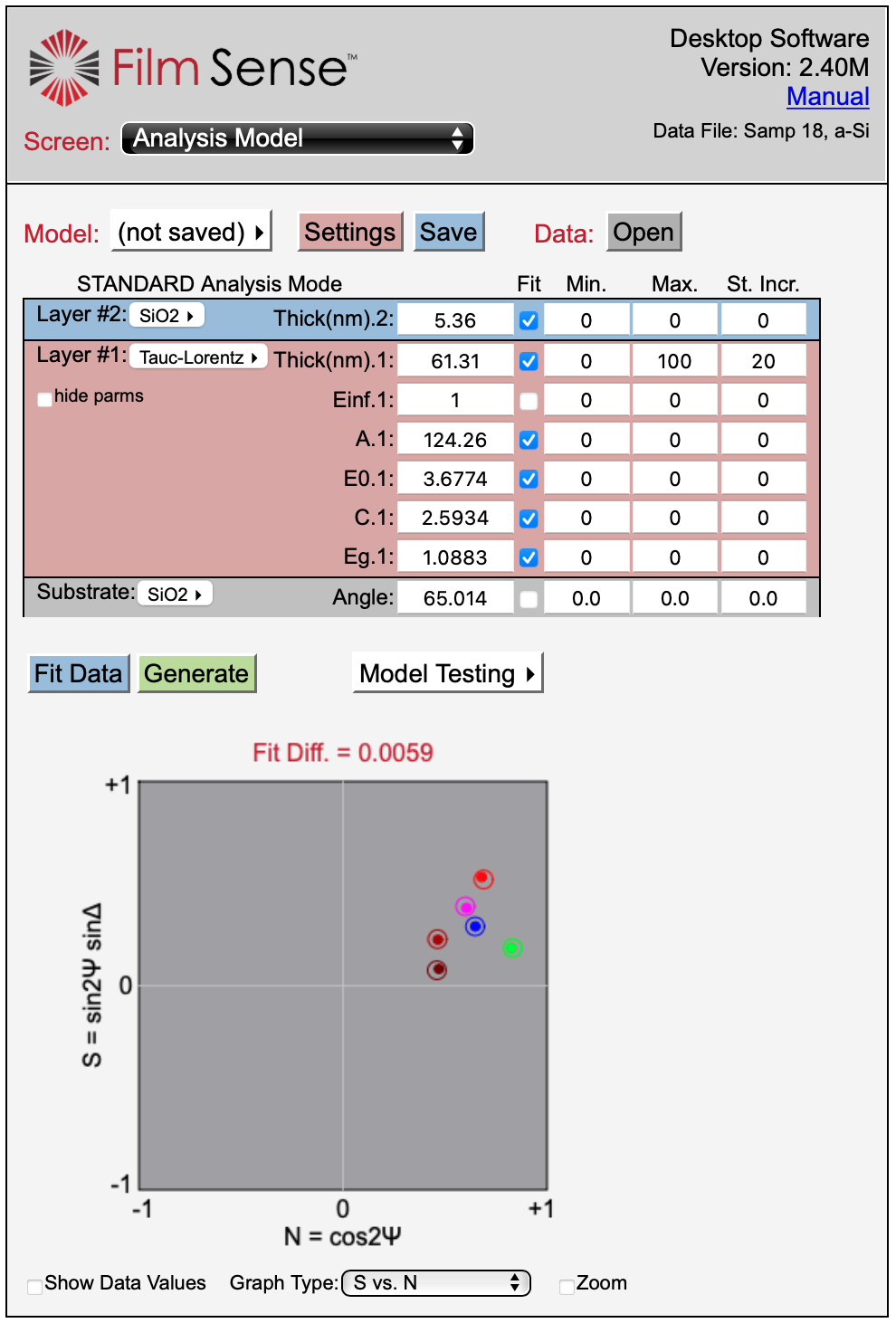 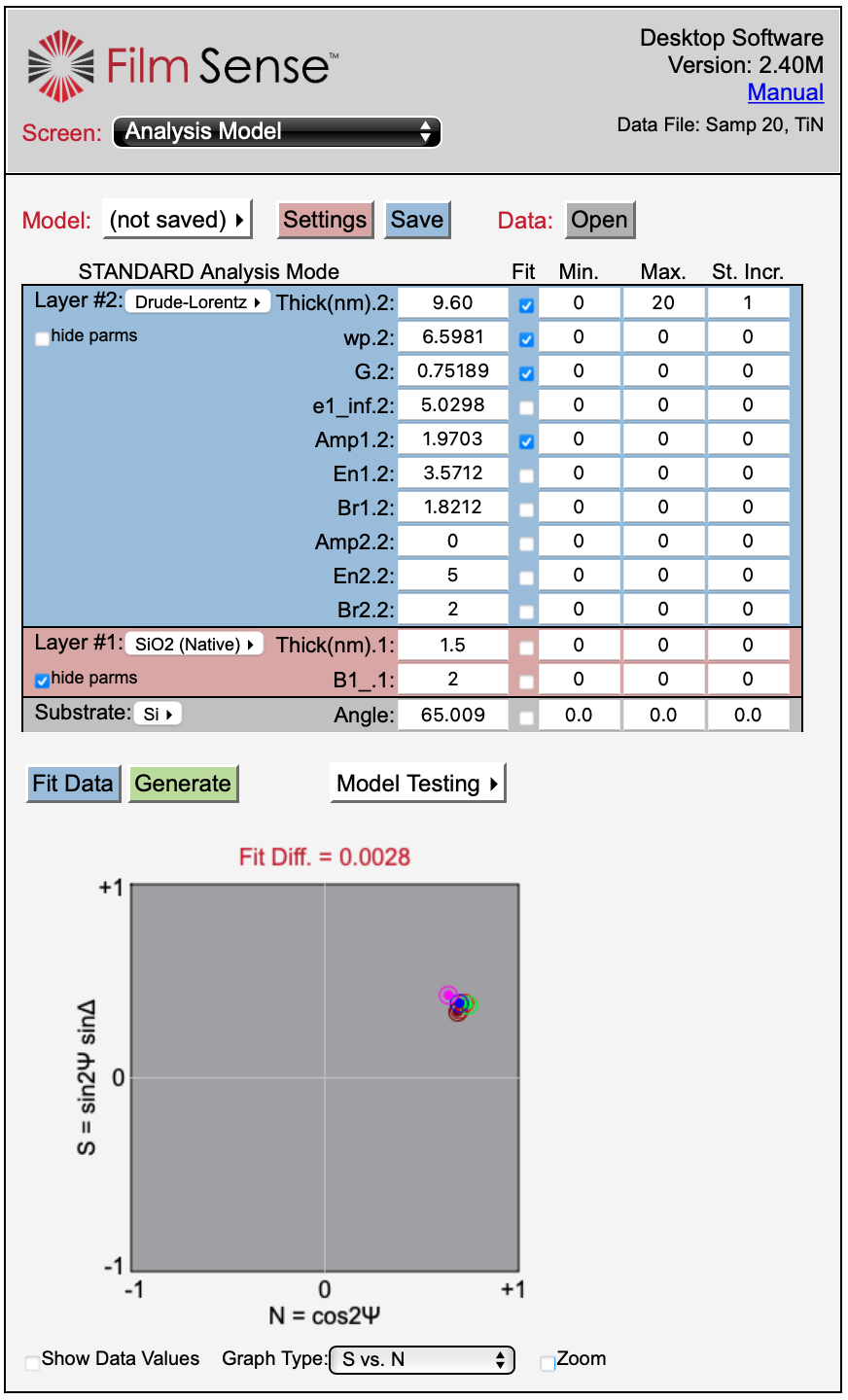 In the example below, the film thickness and refractive index uniformity was measured by a Film Sense FS-XY150 automated mapping system. The optical model used for the data analysis included a 2 nm native oxide film on the Si wafer substrate, and a “Cauchy” layer to represent the transparent Si3N4 film. 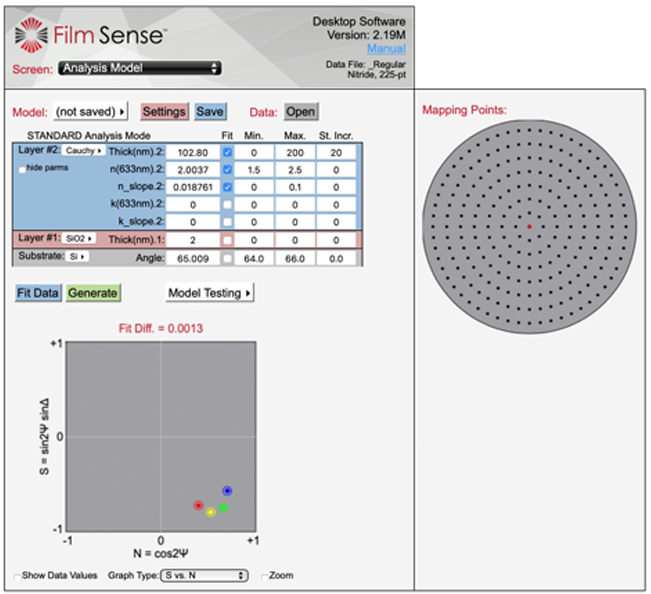 The mapping results are shown in the contour and 3D plots below. The thickness variation for the nominal 100 nm film is approximately 5 nm. Note that the 3D plot was rotated to provide the best view of the thickness non-uniformity. 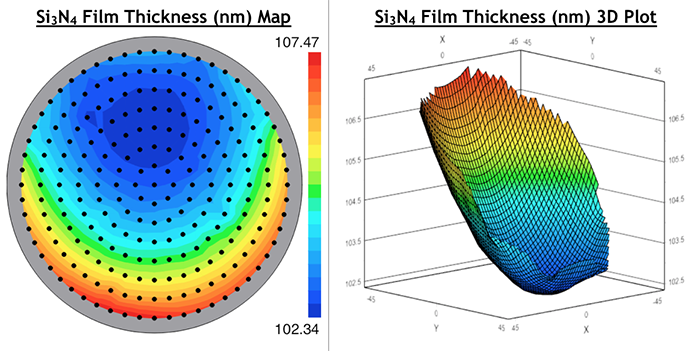 The index of refraction is very uniform across the wafer, with a peak to peak variation less than 0.01. The index variation is even lower if the high and low points are removed from the map. 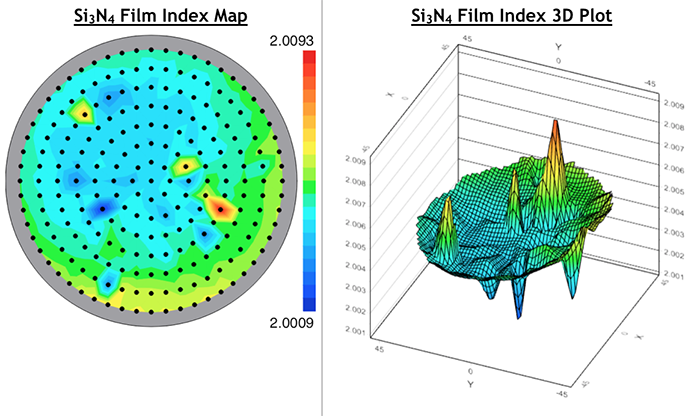 In this example, multiple film thicknesses were determined by a Film Sense FS-RT300 automated mapping system. When measuring a multilayer sample, it is preferable to determine the optical constants of the constituent layers by measuring single layer films. However, this is not always possible, as was the case for this example. Multi-Sample analysis is a powerful method for increasing the information content in the analysis, which in turn can provide more accurate layer optical constants. In the model below, multiple data points were selected from the mapping scan (in a “cross” pattern), and were simultaneously analyzed to determine the 3 layer thicknesses, and the index of refraction of the oxide and nitride layers (the optical constants of the top and bottom oxide were coupled together). The thickness variation across the wafer is actually beneficial for this analysis, as the different measurement points act as multiple “samples” with different layer thicknesses. The index of refraction values which were determined in the multi-sample analysis were then fixed, and the 3 layer thicknesses were fit when re-analyzing the full mapping data set. 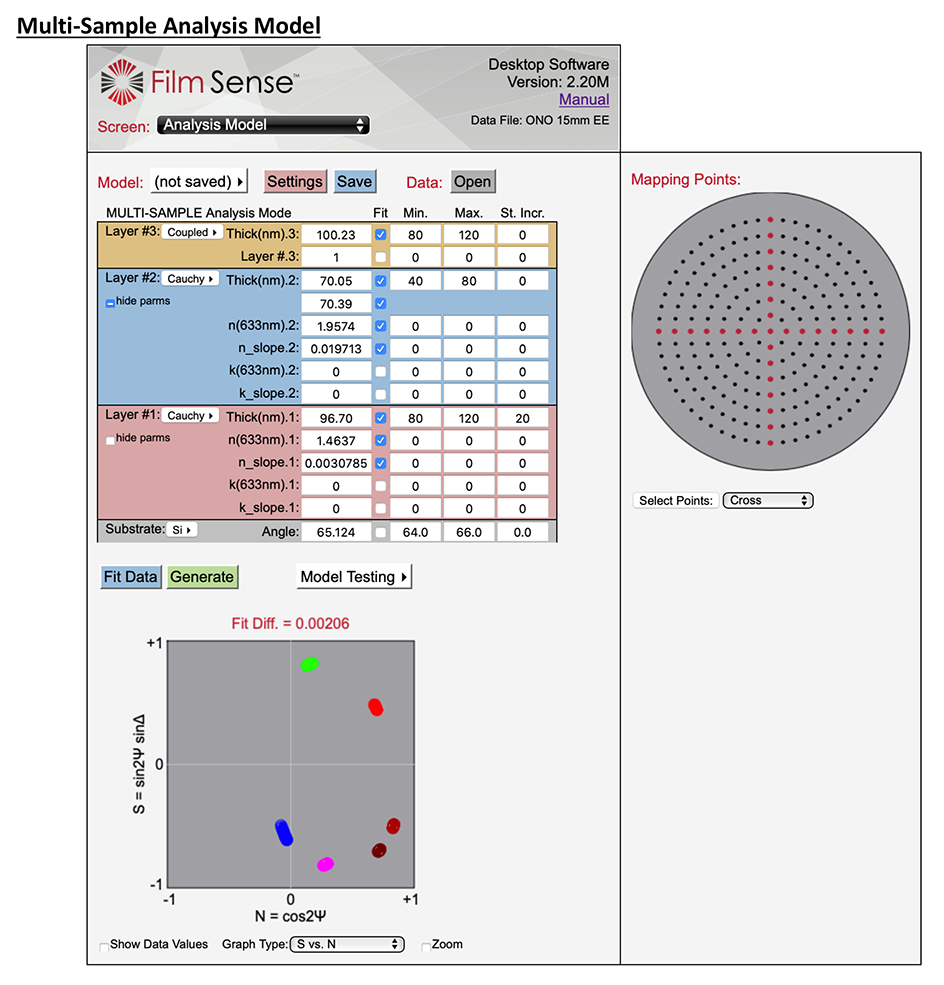 The mapping results of the 3 layer thicknesses are shown in the contour and 3D plots below. Note that the top and bottom oxide layers exhibit similar thickness non-uniformity patterns, which are very different the middle nitride layer.

HfO2 Wafer: The initial model fit, which assumed a transparent Cauchy layer, resulted in a somewhat high Fit Diff value of 0.0116. Allowing absorption in the film (by fitting for the “k” terms in the Cauchy layer) significantly reduced the Fit Diff to 0.002. The wafer maps show that the film n & k values are relatively constant, while the thickness varies ≈ 5 nm. 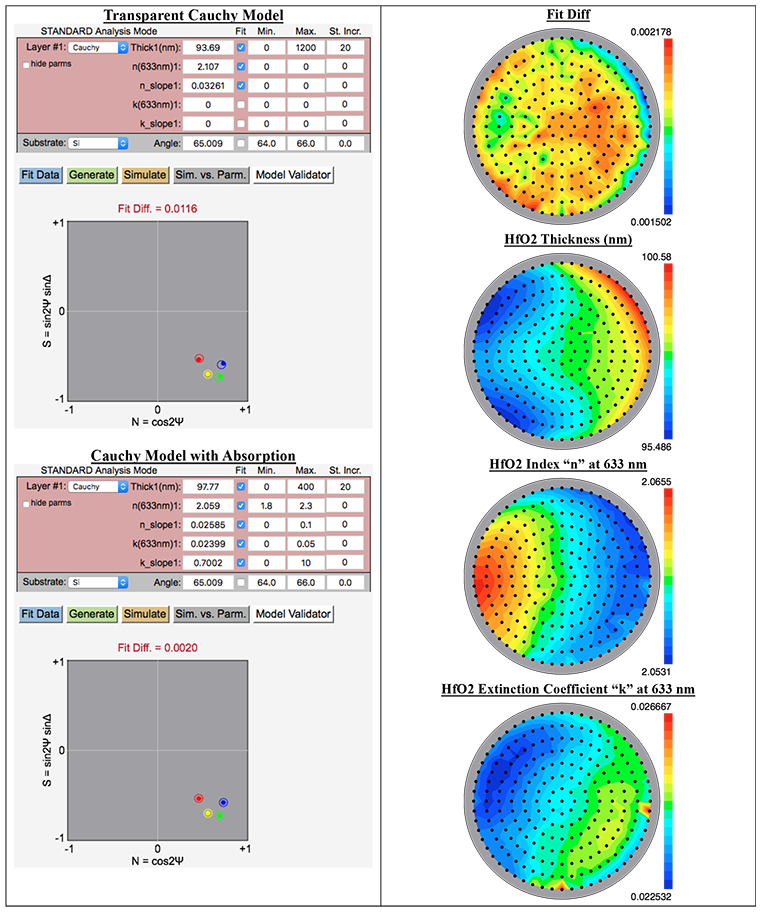 Wafers 13 and 14, HfO2 (1.8 and 4.7 nm) on Si: Book value HfO2 optical constants were used in the optical models below, along with an assumed native oxide thickness of 1.5 nm. The model fits (for data at the wafer center) and thickness uniformity maps are shown below. The FS-1 determined thicknesses are in good agreement with the nominal values. 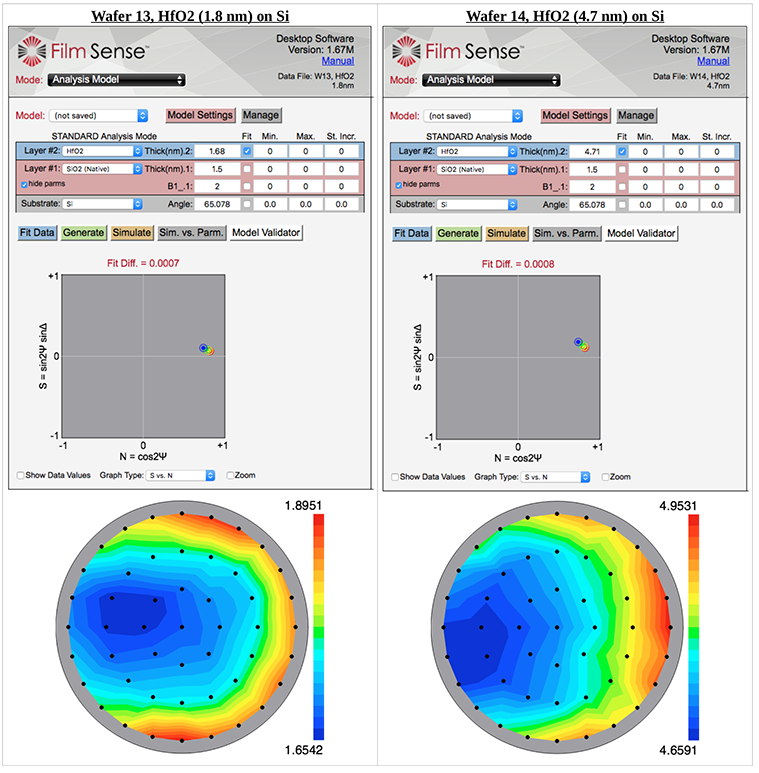 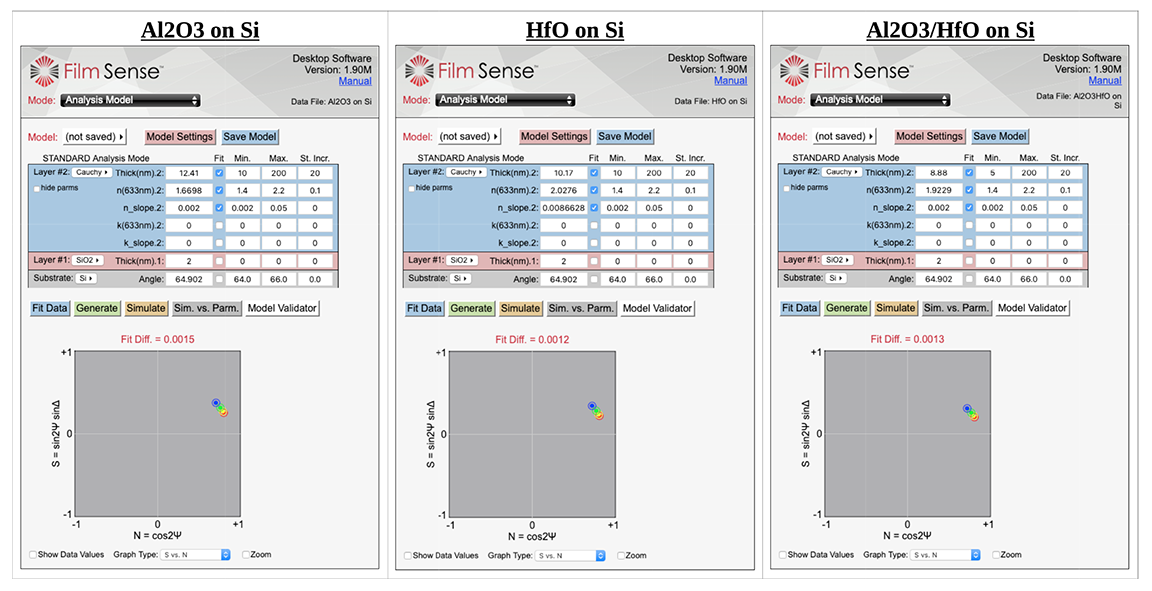